What Can You Do With A Musical Theater Concentration?

A theater degree with a concentration in musical theater will give you the preparation, confidence and skills you need for a successful career in a variety of roles. Careers in musical acting, singing and dance are at the top of this list — but your professional pathways don’t end there.

At California University of Pennsylvania our musical theater concentration provides professional training in all aspects of the performing arts, both on stage and behind the scenes. As a theater major, you’ll also receive a wealth of performance opportunities and a broad education in the liberal arts that will serve you well in any career you choose.

Actor:  A musical theater concentration prepares you to work as an actor in musical theater performances, television programs, movies, radio broadcasts, cruise line shows and amusement park entertainment. Some roles, like those for Broadway musicals, require singing and dancing. Other roles may require only a vocal performance, as in voiceover work or narration for informational training videos. At Cal U, you’ll pursue specific and focused study of the voice as it relates to musical theater performance, but you’ll also receive in-depth training in acting, stage dialects, choreography, voice and speech techniques, world drama and much more.

Singer or Musician: Make and perform music for television, radio, films, theaters, nightclubs, theme parks or even video games. As a Cal U theater major you’ll learn the stage presence, voice techniques, musical theater history, and dance skills that are vital for these roles. We also offer a minor in music that will boost your resume and enable you hone your musical theater talents through private voice or instrument training from top performers in the field. Student bands and choirs will give you further training and practice outside of the classroom.

Dancer or Choreographer: Use movement to interpret music in a variety of settings, including musical theater, television, folk festivals, music concerts and more. Dancers may perform solo or in a group, and they often need to master a variety of styles including ballet, tap, hip-hop, modern or Broadway. Choreographers, meanwhile, work to create and revise dances for musical theater, hire and train dancers, and collaborate with musicians, sound designers, costume designers and lighting technicians to achieve their desired goals. A Cal U degree in theater with a concentration in musical theater includes a dance practicum and many opportunities to perform and choreograph dance on stage. You’ll also have the opportunity to join our on-campus student organization, the Mon Valley Dance Club, which puts on musical theater and dance performances throughout the year.

Director: Whether working in musical theater, opera, film, television or commercials, a director turns a vision into a work of art. In this role, you’ll audition actors, interpret scripts and run rehearsals. You’ll also work with the crew, choreographer and designers to make sure every element of the production meets the highest standards. Cal U’s musical theater concentration includes courses and practicums that focus on the specific skill-set needed by directors — and as an upperclassman, you may even have the opportunity to direct your own production! If you are a skilled musician, you might also want to pursue minor in music, which can open up the pathways to musical director or conductor roles.

Sound Technician: Help with the creation of sound effects, the execution of music, and the set-up and maintenance of sound equipment for musical theater productions, operas, films and more. You’ll be responsible checking sound levels and equipment functionality, running sound checks, and coordinating with the director and stage manager to organize cues and make sure all sound elements function without a hitch. Cal U’s musical theater concentration will not only teach you many of the technical aspects of this challenging job, it will enable you to practice your skills in real-life productions so you can learn on the job. This is also a great career choice for students pursuing a concentration in Design and Entertainment Technology  or those who chose to minor in music in addition to pursuing a theater degree.

When you attend a program like Cal U’s bachelor’s degree in theater you’re opening up a world of opportunities in musical theater in beyond.  So what are you waiting for? Apply to Cal U today! 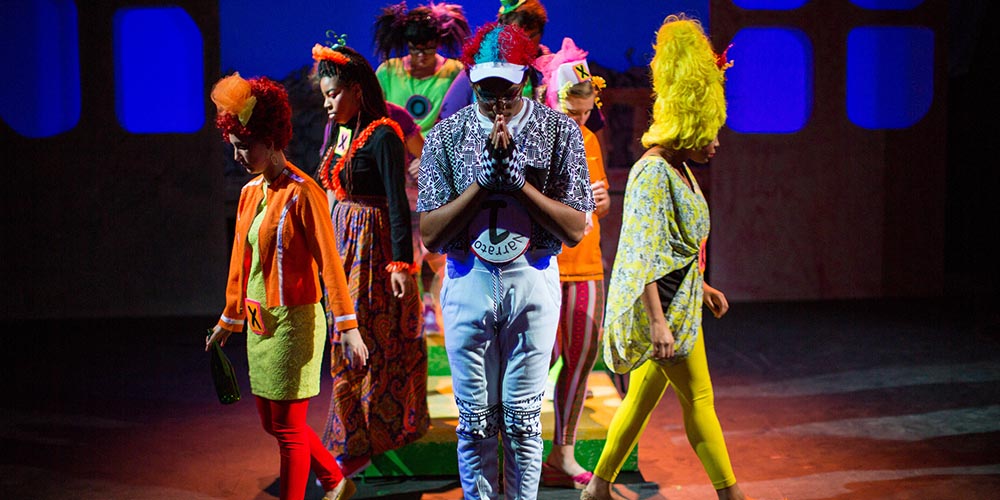 Reasons to Get a Theater Degree

Read about the many ways a theater degree from Cal U can help you reach your professional and personal goals. 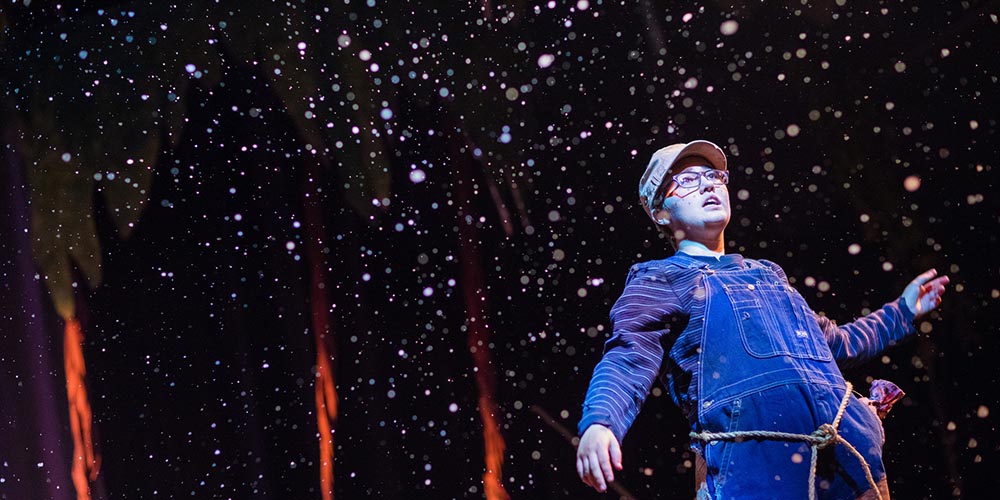 What Can You Do with a Theather Degree

Do want to learn more about the many amazing careers you can pursue with a theater degree? Read this page to learn more. 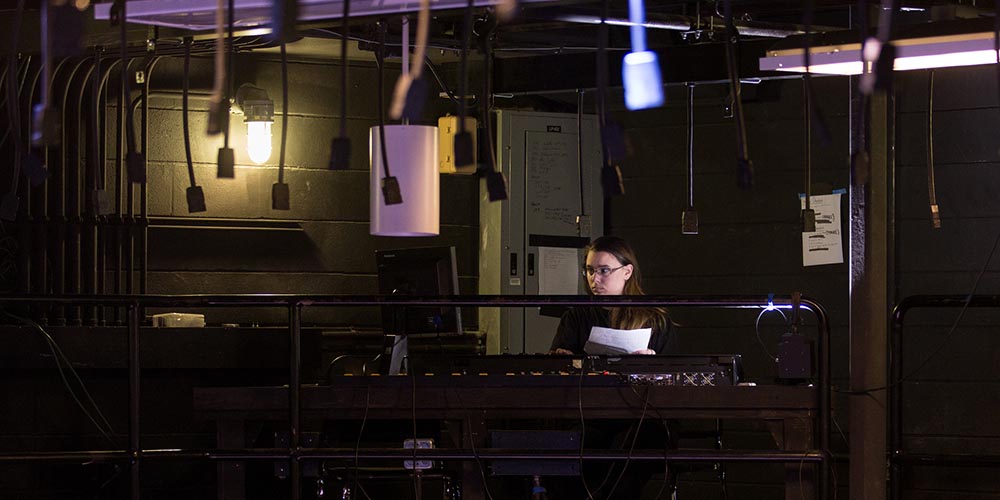 A Cal U Theater Concentration

Learn about a theater concentration that combines technical expertise with innovation, artistry and creativity to bring productions to life on the stage or screen. 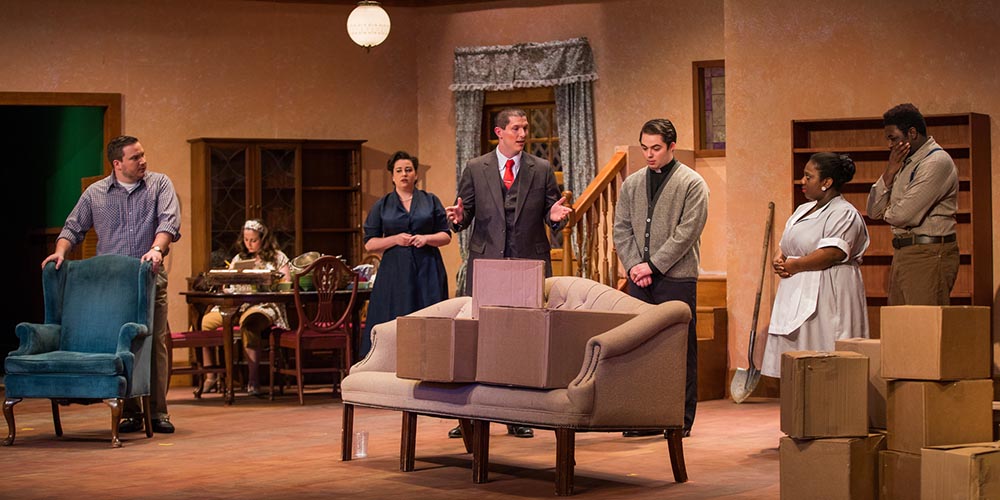 Performance Opportunities at Cal U

Are you ready to step onto the stage