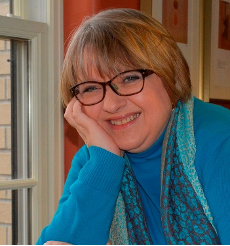 Dr. Yost has been teaching business and leadership courses in higher education since 2009 and has specialized in online teaching since 2012. She brings over 20 years of corporate and non-profit experience in fields as diverse as automotive manufacturing, corporate event management and communications, workforce and economic development, and arts organizations with global multinational companies to government oversight boards to start ups to community-based organizations.

Dr. Yost explores the intersection of popular culture and leadership, primarily through science fiction narratives, to further understand how the depiction of leadership influences the way we think about leadership.

“#TheResistance: Leadership and the Exercise of Dissent in the Twitterverse”

This chapter contribution in Leadership, Populism, and Resistance explores the emergence and coalition of virtual groups on Twitter in the aftermath of the 2016 election to voice opposition to the Trump administration and GOP agenda.  Collectively using the hashtag #TheResistance, these groups demonstrate the emergence of leaders in an online environment for creating community and common purpose in the exercise of dissent.  Interestingly, many of these groups have co-opted the characters of science fiction-fantasy narratives not only as a means of creating community but enabling intragroup conferral of leadership.  Discussion includes team development, intersectionality, and the anonymity of a character account as a catalyst for self-empowerment, leadership, and dissent. Published by Edward Elgar in 2020 as part of the Jepson Studies in Leadership series.

This volume is an exploration of the ways in which popular culture, broadly defined, intersects with leadership, and demonstrates change on individual, collective, organizational, and societal levels.  The volume contributes to leadership studies through widening and imagining additional ways to think about and practice leadership.  Co-edited with Dr. Kristin Bezio, Jepson School of Leadership at University of Richmond, and published through Edward Elgar Publishing in January 2018.

“Becoming Other: Self-Transformation and Social Change in Neill Blomkamp Films”

Chapter contribution exploring the social, economic, and political tensions of exclusion through embodied experiences of transformation to Other as depicted in Neill Blomkamp films.  As a result of the journey to Otherness, the protagonists are empowered to enact social change and subvert the interests of the powerful within their social systems.  The chapter frames the argument within social justification theory and discusses love and redemption as concepts inextricably tied to leadership and social change.

“Harry Potter and the Leadership of Resistance”

This chapter examines the evolution of Harry Potter to a transformational leader, and reflects upon how popular culture can be useful in understanding the dynamics of resistance and social change. Harry is usually discussed in terms of heroic qualities and not properly seen as a character that develops into a leader within a shared power structure where resistance is the primary objective. What we find in the Harry Potter books is an example of empowering others to resist detrimental social change and create a renewal of the social contract.  Throughout the series of novels, we see Harry and his peers demonstrating resistance and enacting change in creative ways that bring order from chaos and a renewed stability to their community.

Invited to contribute a chapter for the Routledge Companion to Leadership dedicated to the exploration of how leadership is portrayed and culturally produced in science fiction narratives.  The chapter discusses the ways in which science fiction narratives echo leadership practices by mediating the tension between our rational and spiritual natures to project a positive future.  Crisis leadership, emergent leaders, and themes of social justice are explored. Published by Routledge October 2016.

Chapter in Gender, Media, and Organization: Challenging Mis(s)Representations of Women Leaders and Managers, a book series on women and leadership sponsored by the International Leadership Association.  This chapter explores the agentic behaviors of female presidents and prime ministers as depicted in post-apocalyptic science fiction television.  This mediated depiction of the future with women at the forefront of crisis leadership continues to speak to our fears and desires for a future founded in community. Published by InfoAge July 2016.

This book explores crisis leadership and the ethical principles of love, forgiveness, and inclusion through the military, political, spiritual, and emergent leaders depicted in science fiction television series of the past 25 years. Published by Rowman & Littlefield December 2013.