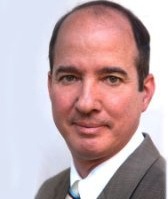 Kenneth Noble served honorably in the United States Marine Corps for 21 years as a Military Policeman. After his honorable discharge in 2002, Ken took a position as director of security at the US Steel Tower in Pittsburgh, Pa., and later accepted a position as investigations manager for Edgar Snyder and Associates in July 2007. In July 2010, Kenneth started his own consulting agency, KAN Investigation and Security Agency LLC, where he performs a variety of security and investigation services to a large and growing number of customers. Ken has instructed courses at Cal U since 2009. Ken has earned several law enforcement certifications. He has also volunteered for humanitarian missions in Kampala, Uganda.