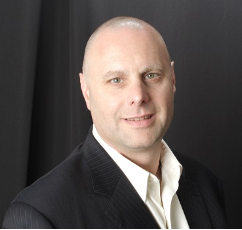 Dr. Mumm has spent a combined 26 years in government and contractor service building teams to address hard problems in the areas of national security, homeland security, and advanced technologies. He is an expert in the fields of all aspects of unmanned systems and robotic platforms using artificial intelligence and advanced control theories.

He was the division chief for cybersecurity at the Office of The Director of National Intelligence (ODNI) programming and executing a budget of over $140 million. Subsequently, he accepted a Branch Chief position with the CIA and built a unique set of continuous monitoring capabilities in support of the ICD503 Risk Management Framework. His achievements include establishing a rogue wireless framework, as well as the funding, technology, and teams to support the ICD 503 initiatives. and POM submissions.

He gained distinction during Operation Iraqi Freedom as the officer in charge of the “Iraqi Regime Playing Cards; CENTCOM’S Top 55 Most Wanted List,” which was touted by Defense Intelligence Agency (DIA) as one the most successful Information Operations in the history of DIA. The successes of his teams live in history books, technology journals, and military museums.

Dr. Mumm is a proven leader in a diverse set of fields, including autonomous systems, AI/machine learning, energy research, advanced fuel systems, nuclear energy use and technologies, cognitive scientific research, and all aspects of the military intelligence communities. He is a published researcher in both the scientific and social science arenas and has won grants and contracts to further test and evaluate his original research. He has notable experience in research and systems engineering which includes winning awards and contracts for UAV research and the creation of an advanced multiple fuel system (AI based) where he operated the world’s first and only helicopter that flies on five separate fuels without engine modifications. His research extends into emerging and disruptive technology for offensive and defensive missions supporting US and coalition operations. His UAV and robotics expertise has focused on determining the specific uses, exceptions, and allowances for robotics operations, including studying the unintended consequences, future use, and misuse of such technologies