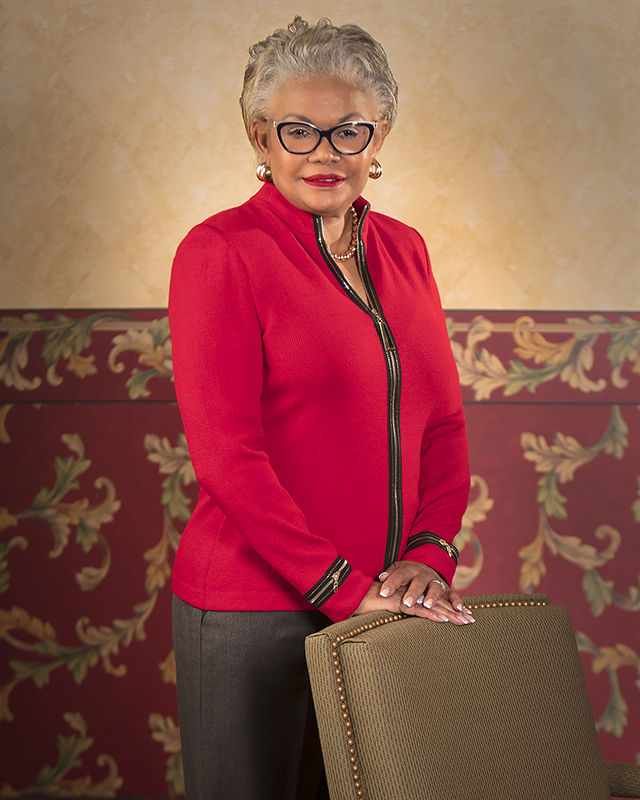 Before her appointment by the Board of Governors for Pennsylvania's State System of Higher Education, she had led the University for nearly four years, first as acting president and then as interim president. A proud California graduate, Geraldine M. Jones was named president of PennWest California on April 7, 2016.

She was installed as California's seventh president in a formal academic ceremony on Oct. 14, 2016.

She began her career as a second-grade teacher in the Albert Gallatin School District, in Uniontown, Pa.

She returned to California in 1974, serving as program director for the Upward Bound college access program for 20 years and as chair of the Department of Academic Development Services for 11 years. She was associate dean of the College of Education and Human Services for two years before serving as the college dean from 2000-2008.

In July 2008, she was named provost and vice president for academic affairs, a position she held until being appointed as acting university president in May 2012.

Important initiatives have been realized under President Jones' leadership.

President Jones serves as a board member for local and regional community organizations, including the Washington County Community

Foundation and the Washington County Chamber of Commerce. She is a lifelong member of Mt. Zion AME Church of Brownsville, Pa., where she has been the church pianist since age 14.

President Jones and her husband, Jeffrey B. Jones, enjoy PennWest California athletics and the cultural events on campus. They have two adult daughters and three grandchildren.