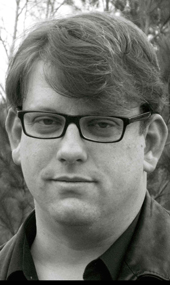 Dr. Brent House is a native of Hancock County, Miss., where, prior to his years in higher education, he was a farmer who raised cattle and watermelons on his family farm. His father, John Bunyon House, was an avid reader when he was away from the fields, and, as a result, Dr. House was influenced to begin a career in English Studies. He still misses his life on the farm, and he will return to farming when he retires from his teaching life, but, until then, he finds that farming and teaching are similar crafts, and he enjoys planting knowledge in the minds of his students at Cal U.

His creative writing has appeared in journals such as Colorado Review,  Cream City Review, Denver Quarterly,  The Journal, and  Third Coast, and new poems are forthcoming in  The Kenyon Review and elsewhere. Professor House is a contributing editor for The Tusculum Review and recently, along with poet Jeff Newberry, he edited a collection of poetry, The Gulf Stream: Poems of the Gulf Coast, for Snake Nation Press. Slash Pine Press published his first collection of poetry, The Saw Year Prophecies, and his current manuscript, The Lightered Prophecy, has been a finalist for the Colorado Prize for Poetry and the First/Second Book Award from Tupelo Press.

Professor House's scholarly work focuses on the process of mentoring in the creative writing classroom.  He began his research on mentoring while pursuing his Ph.D. at Indiana University of Pennsylvania, and for his dissertation, The Muses on the Mountains: Mentoring Relationships Among Creative Writers, he was named The Ninacs Innovative Researcher in Composition in 2013. His research was identified as Promising Future Interdisciplinary Research in Literacy in 2012.

Currently the work of completing a new manuscript of poetry on the human heart as physical and metaphorical object is occupying most of Professor House's research and publication efforts. In this work he is inspired by his father's death to congestive heart failure and his son's birth with a congenital heart defect.