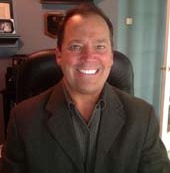 Dr. McGlumphy is a full professor at Cal U. He developed and implemented the Exercise Science and Health Promotion Masters Program, which he coordinates, in 2002.

Dr. McGlumphy works every year with NFL teams as an Athletic Trainer. Over the past fifteen years, he has worked with the Kansas City Chiefs and the Philadelphia Eagles assisting the Vice President of Sports Medicine and Performance. In 2020, Dr. McGlumphy was the COVID Protocol Coordinator for the Kansas City Chiefs. He is the former Director of Health Safety for the Carnegie Mellon University Driver Training and Safety Institute, where he created a model program of injury prevention using the sports medicine model of care in industry.