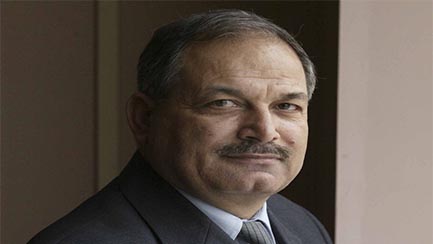 Dr. Alkhattar is a Fulbright Scholar and professor of criminology and criminal justice at PennWest California, where he teaches graduate and under graduate courses on terrorism, intelligence, research methods, crime theories  and other courses in that field.

Dr. Alkhattar has served in the following administrative positions at PennWest California: chair of the Department of Justice, Law, and Society; director of Applied Criminology; and director of Justice Studies programs.

Dr. Alkhattar is a retired law enforcement officer (lieutenant colonel, General Intelligence Department) with 17 years of intelligence experience in the Kingdom of Jordan. He received the Medal of Independence from late King Hussein in 1992, in person, for his distinguished role in protecting the security of Jordan. During his service, Dr. Alkhattar worked in countering terrorism, counter intelligence, advanced intelligence operations, and other security -related issues.

He is the author of Religion and terrorism: An interfaith perspective, published by Greenwood publishers, USA. According to the Journal of the American Society of International Law (October 2003), this book " is a must for any collection, public or private, where readers seek a succinct and authoritative overview of the religious undertones associated with the contemporary terrorist threat."

Dr. Alkhattar has presented a number of papers at international and national conferences on terrorism-related issues in the United States and overseas. He has appeared on ABC World News, Nightline, Aljazeera, C-SPAN and has been interviewed by a number of newspapers, radio and TV stations in the United States, Canada, France, Ireland, and Jordan on issues relating to terrorism in the Middle East.